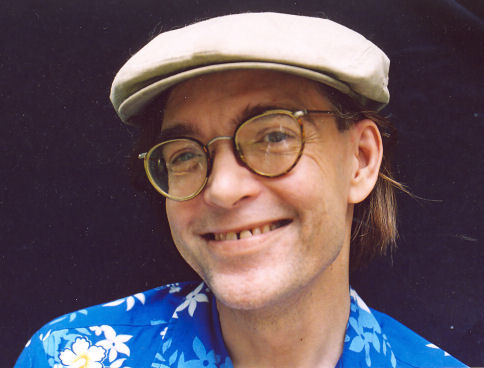 
A life lived out loud


The local scene lost a beloved pianist and composer when Drew Gordon died last month, but his music lives on in a "Drew Gordon Lovefest Benefit" Sunday. His band Gondwana will play (with his brother, ex-Wallet Rod Gordon, filling in on keyboards) along with local notables including Chan Poling, John Munson, Adam Levy, Michelle Kinney, Hijack dance company and fellow pianist Peter Schimke. Schimke met Gordon at Benilde High School, where they would sneak into the nunnery and "jam the blues on the piano," Schimke recalled. "The nuns would always yell through the door, 'You boys are supposed to be in class!' but we'd just play louder." (5-9 p.m. Sun., Xelias Aerial Arts Studio, 1121 Van Buren St. NE., Mpls. Suggested donation $30; 612-588-1263.)
JUDY ARGINTEANU, Mpls StarTribune

Celebrate the life of Minneapolis pianist and composer Drew Gordon with a night of music, dance, poetry, food, drink and fun! Silent auction too!


Gordon received a Bachelor of Music degree from the University of Minnesota in 1993 where he specialized in composition and theory. He worked as a player and/or composer in local bands the New Psychenauts, the Swingin' Combo, the Harry Strobel Band and Gondwana. Throughout his 25-plus years in professional music, he was acclaimed and revered as a composer, arranger, teacher and keyboardist.


At the time of his death, Gordon was employed as a Musician in Residence at the University of Minnesota Dance Program and was currently working on several projects including composing music for "Wreck," a dance theater collaboration with choreographer Carl Flink.


Gordon was a beloved teacher, mentor and friend to many. He was adored and recognized as a lover of nature, cats, cooking, gardening, ice hockey, books and more. His kindness, insatiable curiosity and unflappable spirit were a blessing to all who knew him. He is survived by 4 brothers, 1 sister, many nieces and nephews and, most notably, his cherished and beloved wife and companion, Minneapolis artist Emily Allen.


The musician was a member of several bands over the years and was "a foundation stone" of the University of Minnesota dance program.

His humility could not hide the fact that when Drew Gordon played for dance classes and performances, he often was "the most powerful artist in the room," said Carl Flink, director of the University of Minnesota dance program.

The 45-year-old Minneapolis pianist and composer, whom Flink called "a foundation stone" of the university's dance program, died unexpectedly Wednesday night at home.

He had been receiving treatment for an autoimmune illness, relatives said.

Gordon became known on the Twin Cities rock scene in the late 1970s and early 1980s as a member of the New Psychenauts.

In recent years he has been a keyboardist and composer for the Twin Cities jazz band Gondwana, and was a Minnesota Music Award winner in 1987. He also played with two other Twin Cities groups, the Swingin' Combo and the Harry Strobel band.

Gordon became a musician in residence for the university's dance program in the mid-1990s.

He wrote music for the first performance of Flink's new dance company, the Black Label Movement, at the Southern Theater in Minneapolis last month. They were collaborating on an evening-length dance theater piece, "Wreck," when the musician died.

Gordon had a "unique and profound" impact on dance students at the university, Flink said.

"He never once talked down to the students, but he still pushed them to dig deeper. And the warmth the students felt for him was remarkable. He was just remarkably alive as a human being," Flink said.

His wife, Minneapolis artist Emily Allen, said her husband "was the best gift I could ever imagine. ... He was really loving and enormously talented."

A memorial gathering for Gordon will be held at 5 p.m. Monday at the Washburn McReavy Hillside Chapel, 2610 19th Av. NE., Minneapolis.

In addition to his wife, he is survived by his sister, Deb Cooper, of Duluth; and by four brothers, Cam, Jon and Rod of Minneapolis, and Greg of Cleveland.